This is some awesome bread.

I came up with this recipe to get a bread that was moist and soft and very, very chocolatey.

If you prefer to have a little crunch in the middle, though, you could substitute half of the chocolate chips with chopped walnuts. 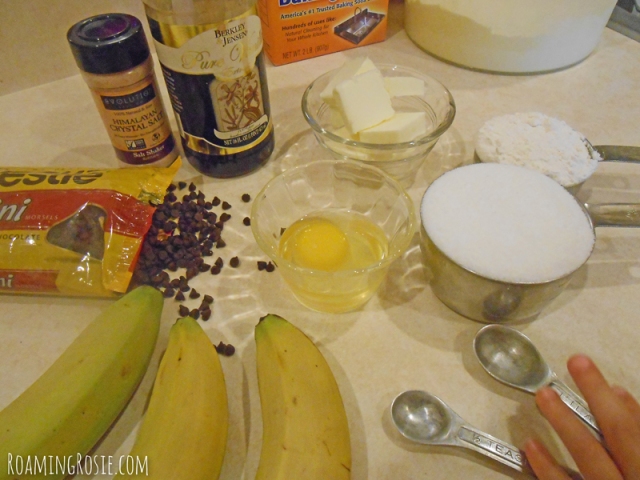 All the usual suspects.

Plus the chocolate chips, and a little cinnamon for an extra layer of flavor.  I love cinnamon.

It will look pretty wet as you’re mixing it, but that’s okay.

Here’s the dough in the pan.

The little bit of moisture around the edge is from the baking spray I used.  I don’t usually have the patience to butter and flour a pan, so I use the baking nonstick spray that has flour in it.  Maybe not the healthiest thing in the world, but it’s easy.

I did add a piece of parchment paper to the bottom of the pan, as well, just in case.  Better safe than sorry. 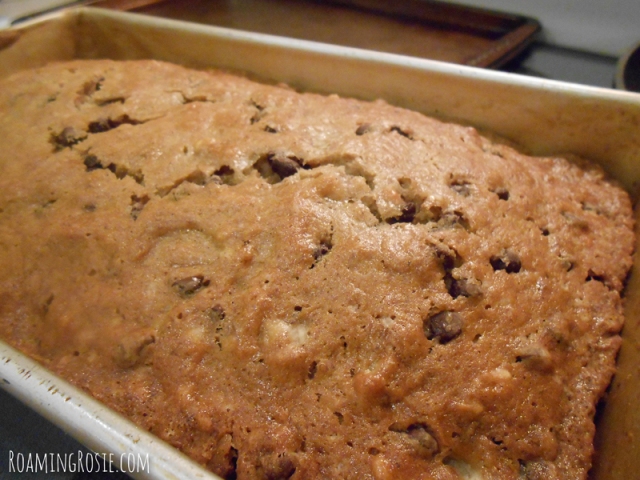 And it smells even better than it looks.

That chocolate in every bite is what I think makes the smoothness of the bananas and the spice of the cinnamon extra awesome. 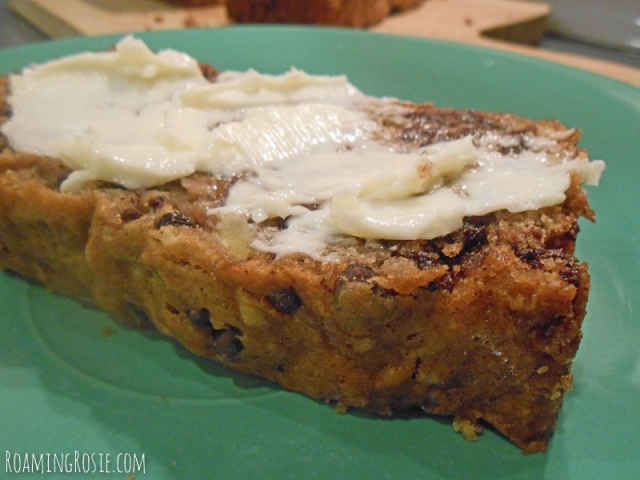 In a large bowl, smash the bananas with a fork until mostly smooth. Mix the melted butter into the bananas. Mix in the sugar, egg, and vanilla until combined. Then mix in the cinnamon, baking soda, and salt. Stir in the flour, 1/2 cup at a time. Stir in the chocolate chips.

Pour the batter into the loaf pan. Bake for 50 minutes to 1 hour, until browned. Cool in pan for 5 minutes, then transfer to a wire rack and cool completely.

[Note: This is a moist bread with chocolate in every bite. If you want less chocolate, and a little crunch, you could substitute half of the chocolate chips for chopped walnuts.]

Disclaimer: Sometimes I feature links on my blog that lead to affiliate websites. If you click on these links and make a purchase from that website, I may receive a small compensation, but it will NOT change the price you pay. Thanks in advance!
%d bloggers like this: