This October, I decided to incorporate my daughters’ love of chalk into our Halloween activities.

These were so easy.  I started with a can of my trusty chalkboard spray paint, and picked up 3 foam “carve-able” pumpkins from the Dollar Tree.

Since the pumpkins were a bit porous, I did a few more coats than I normally would.  I placed them on some old cardboard, sprayed the bottoms first, then turned them over and sprayed the top.

Did 5 coats over the top half-ish.  Let the paint dry between coats, of course.  Then took them, and a box of chalk, outside.  Did some crafting in the fresh fall air. 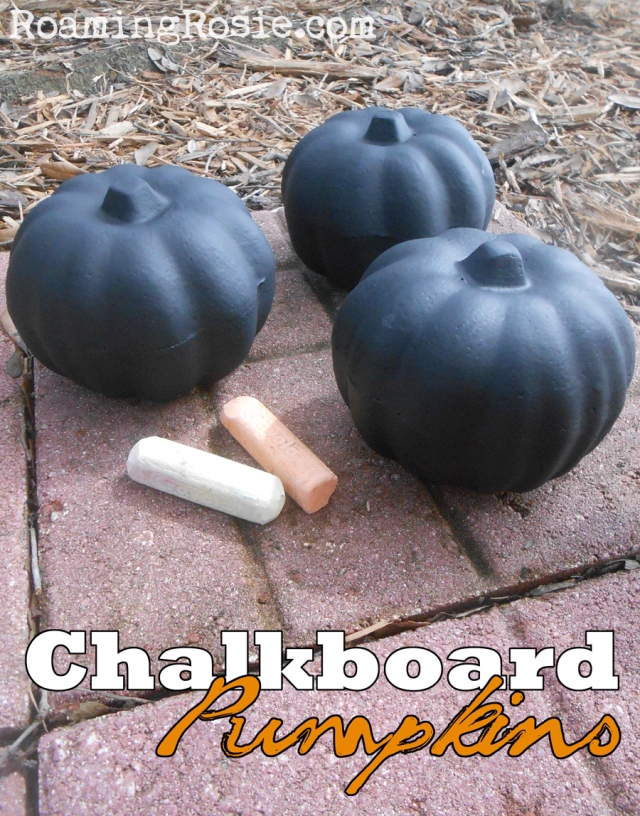 The girls spent a lot of time decorating their pumpkins.  Spent some time wiping off the designs with a damp paper towel, and then drawing all over them again.

The pumpkins are decorating our house now.  And they’ll be re-decorated themselves a few times before Halloween even gets here.  But, because they’re pumpkins, we’ll probably leave them out for Thanksgiving, too.

One thing important to mention, is that we did initially play with these outside, but they’re really indoor decorations because of the material the pumpkins are made from.  But you could always use something different if you want to display them outdoors. 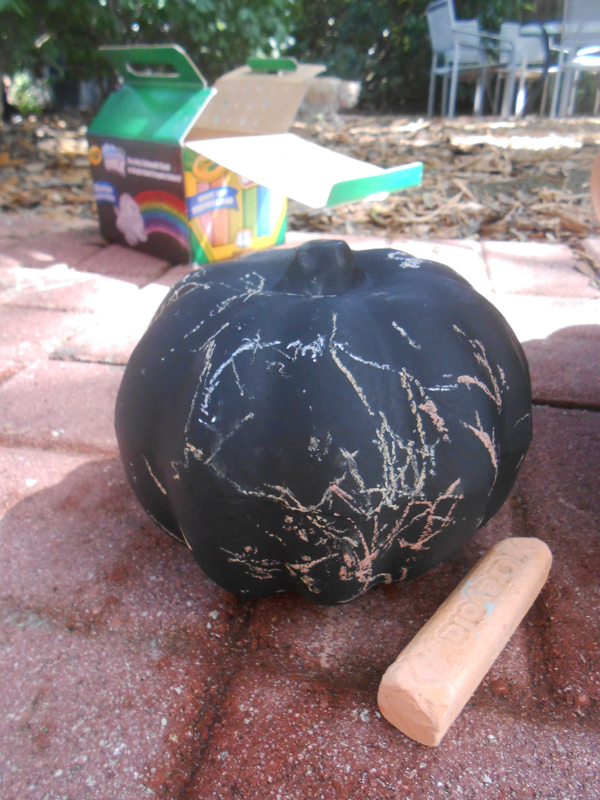 And just for informational purposes, here is a photo of the half-finished pumpkins, to give you an idea of what they looked like while they were being painted:

Oh, and here are our Halloween crafts from last year!

Plus, read about the Digital Wasabi Tape I used in this post.

This project was featured at: