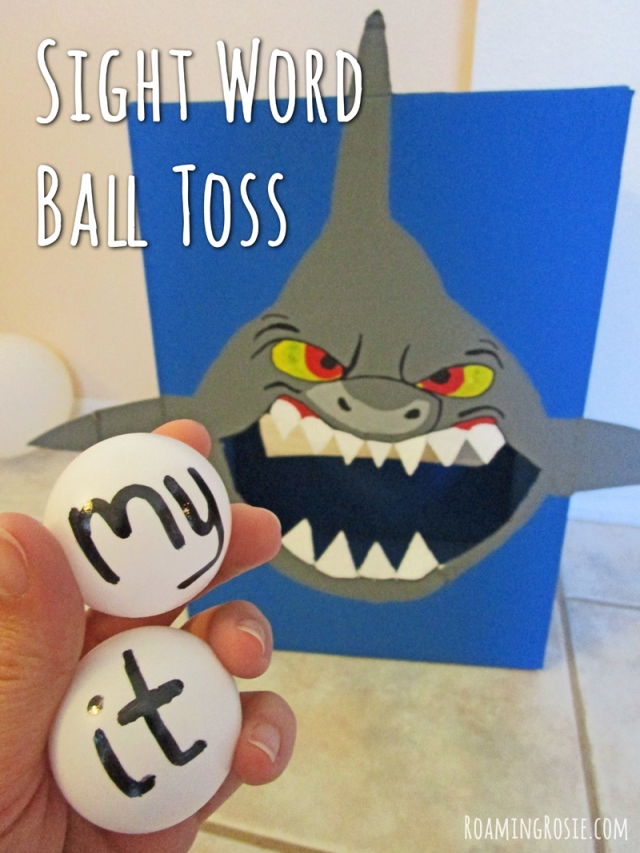 This “Feed the Shark” game was intended to teach my daughter her sight words vocabulary, but can easily be adapted to be used to teach the alphabet to preschoolers, too.

I wanted to try something a little different, but still very tactile and involving movement, so I wrote some of my daughter’s words on ping pong balls that I picked up at our local dollar store. 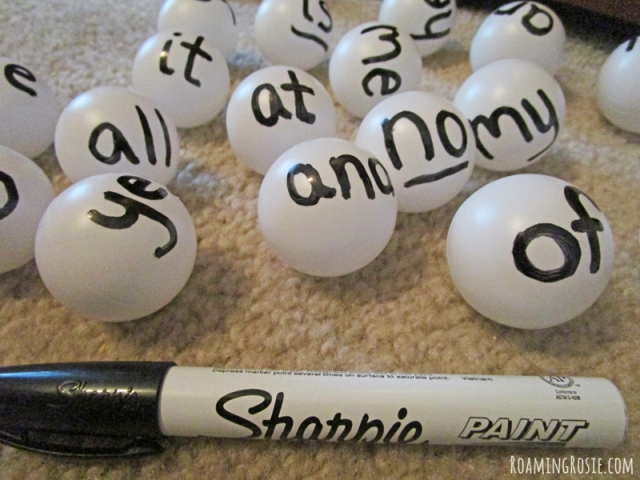 I wrote the words with a paint pen.  Not a permanent marker since I’ve found that those sometimes rub off.

Then I put the balls in a little bucket.  We took turns pulling out a ball, saying the words, and then tossing it into the shark’s mouth if we got it right.

My kindergartner helped her younger sister with the words, of course, and even though she wanted to make a rule about only getting a certain number of guesses to read the word, we didn’t worry about missing the shark’s mouth.  We just kept throwing until we got it. 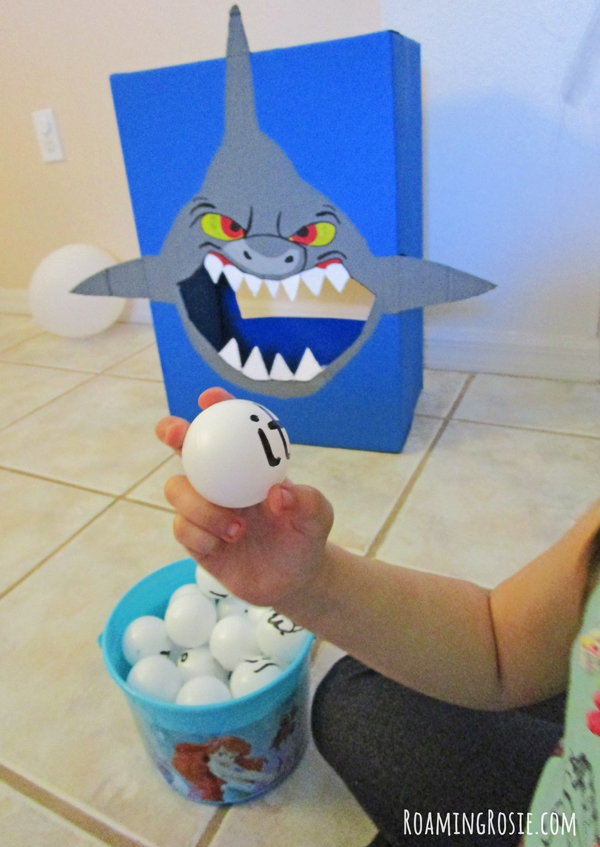 And I happened to have made that shark (Glut from The Little Mermaid) about two years ago and I have all the photos from the birthday party I threw for my girls for which the shark was one of our featured games and I’ve been meaning to write a blog post about it… but I guess I’m running a little behind.  Oops.  #Momlife.

Anyway, you can obviously throw the balls into anything – it doesn’t HAVE to be a shark’s mouth.  We keep Glut around and play with him from time to time, but you could toss the ping pong balls into any basket, laundry basket, bucket, box, or boots that you happen to have lying around.