I recently realized that I use a lot of cinnamon sugar.

It’s something I’ve used forever.  My mom often made me Cinnamon Toast (buttered toast sprinkled with cinnamon sugar) when I was a kid, and I still make it today, both for my daughters and for myself.

And I’ve been using it with various recipes quite a bit, so I decided to go ahead and dedicate a blog post to it. 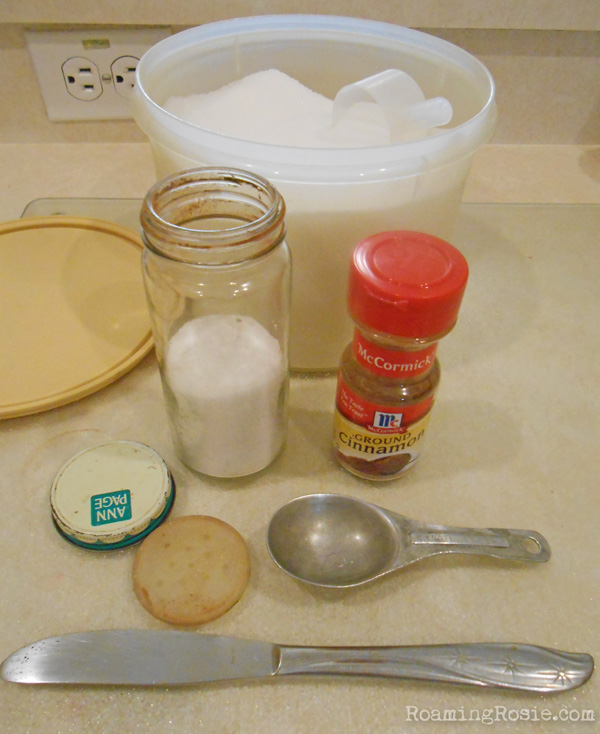 You can buy ready-made cinnamon sugar in the spice aisle at the supermarket, but I just can’t see the sense in that because it’s so overpriced and so easy to make.

In the above photo you see my tools:  cinnamon, sugar, and a container to hold it.  I also use the knife to mix it, but my mom just shakes the bottle.  Either way works.

But, to make things official, here’s a recipe:

Pour ingredients into a jar.  Mix with a knife until well combined, or, if your jar has a lid that seals, you can shake to combine. 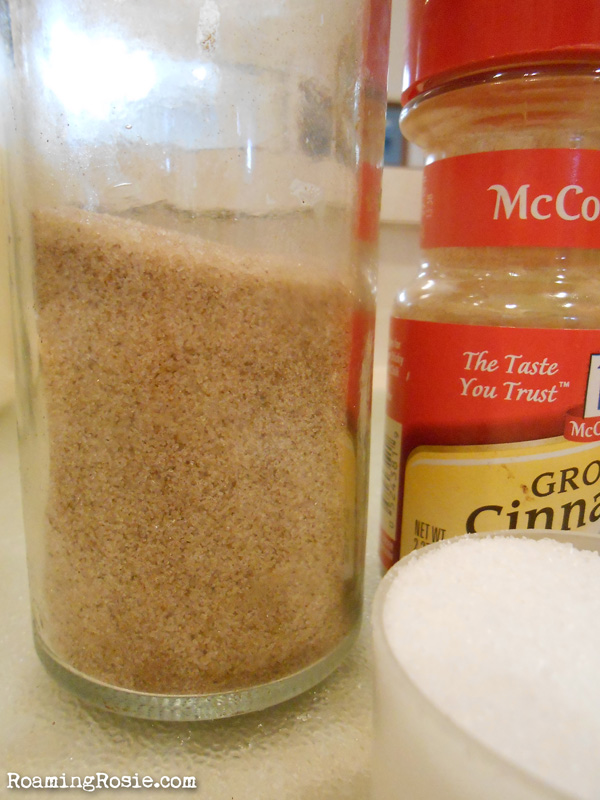 As I’ve mentioned, I use this on toast.  I also add it to French Toast.  And apples to make cinnamon apples.  And buttered bagels.  And snickerdoodle cookies.  And baked sweet potatoes.

And the stuff stays good pretty much forever.

It’s best to store it in a container that has holes on top, where you can shake it onto the food, but also one that has a cover to keep out dust.  Kinda like this.  Or a regular sugar dispenser, if that’s all you have, but those pour too quickly for my needs.

Here’s a pin-worthy pic to help you remember the recipe: 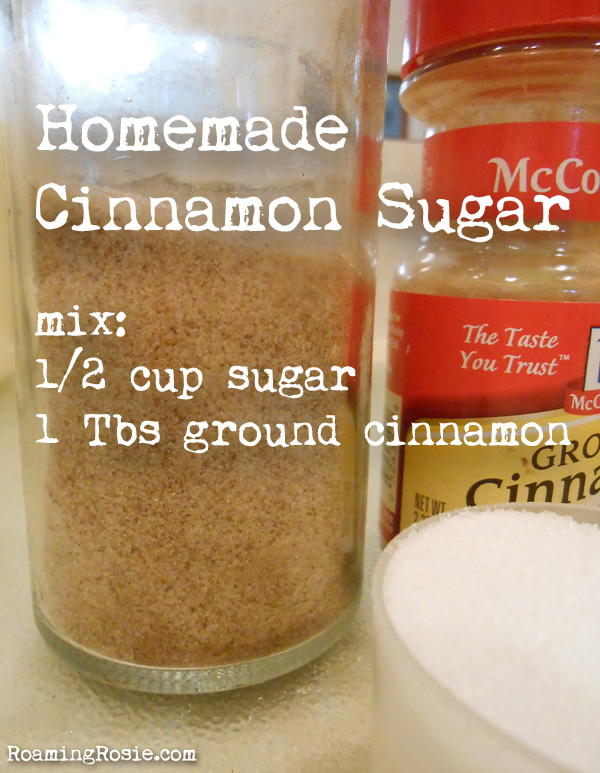 And please let me know what kinds of foods you’ve tried with it!

Here are some dishes I’ve used it with: